A Beginner’s Guide to Playing Pickleball in Charleston 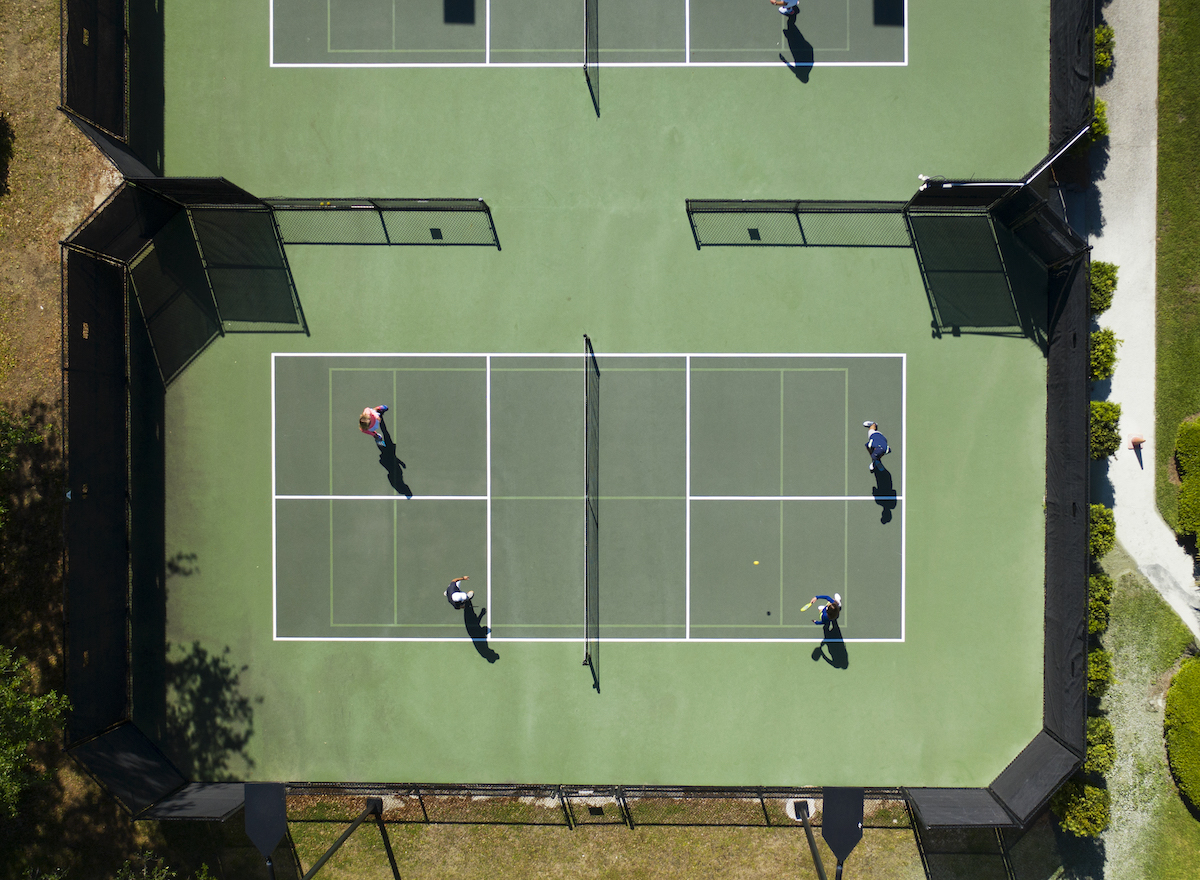 On Seabrook Island, SC, there is no shortage of calorie-burning activities to help get you outdoors, from playing a round of golf to taking a long walk on Pelican Beach. However, one you may not be familiar with (despite its growing popularity) is pickleball. Invented in 1965, pickleball may very well be the fastest growing sport in the world right now. With over 3.3 million players today, the USA Pickleball Association (USAPA) has reported a 1000% growth rate since 2013. As a matter of fact, one of the more recent tournaments before quarantine drew in almost 28,000 fans. While these statistics are impressive, they lead us to one question: what exactly is pickleball, and why is it becoming so popular? Get ready to pick up your paddles and head to the pickleball courts at the Seabrook Island Racquet Club because this game is one you will definitely want to try!

Pickleball is a paddle sport that draws on elements of several other racquet sports, including tennis, badminton, and ping-pong. Played on a small clay court with wooden paddles and a perforated plastic ball, this game is fun and social, making it perfect for friendly competition among neighbors. It is versatile and can be played with two players (singles) or four (doubles). And, at a court’s distance, it can be a safe, social-distant way to connect with community members.

The benefits of playing this racquet sport are endless, from boosting overall mood, burning calories, and improving balance and agility. Not to mention, it is a low impact sport in which fewer injuries tend to arise. Playing a game of pickleball is also a great way to get outside and enjoy our temperate weather year-round.

How to Play Pickleball

The court is divided on each side into two service areas, with a non-volley zone (called the “kitchen”) next to the net. The game is started with an underhand serve, across the court into the opponent’s service area. The opponent allows one bounce, before sending the ball back over the relatively low net. Once the ball has bounced once on each side of the net, the game evolves into a series of “volleys” (hitting the ball before it hits the ground), with both players rallying the ball until one misses. Players may not step into the “kitchen” or on the line while volleying, or else a fault will be declared. Keep in mind that nothing can touch the kitchen line once a ball has been volleyed – not even an article of clothing or paddle. It is a fault even if the ball is declared dead before the player touches the non-volley zone. Keep in mind that once the ball has bounced already, the kitchen rules no longer apply to that particular play.

The game is played until one player reaches 11 points, and the winner must win by two. In order to keep score, pickleball players have a distinctive call before each serve. In doubles play, this call is known as “Me-You-Who.” The first number is the serving team’s score, followed by the opponent’s score, followed by either a one or a two, to identify which player on the team is serving. For example, if you were to call 5-4-1, this would mean that your team is winning, 5-4, and you are the first player on your team to serve. Only the serving team may score points – if they fail to score a point, the ball rotates either to the next server or back to the other team.

Watch this beginner’s tutorial to learn more about the rules of the game.

Where to Play Pickleball in Charleston

Ready to become the next up-and-coming pickleball pro of the Lowcountry? Visit the USAPA website to learn more about the official rules of playing, and be sure to check out the Seabrook Island Racquet Club. We hope to see you on the court!