Spring has arrived in the Lowcountry, which means that Easter is right around the corner! Beginning at 10 am on April 20th, the Island House on Seabrook Island will be hosting its annual Easter Egg Hunt on the front lawn. Children of any age are welcome to come over to the Island House and join in on Seabrook Island Club’s Easter fun! No reservations are necessary for this event, but it’s a popular one, so be sure to come on time so that your little ones can enjoy the game. 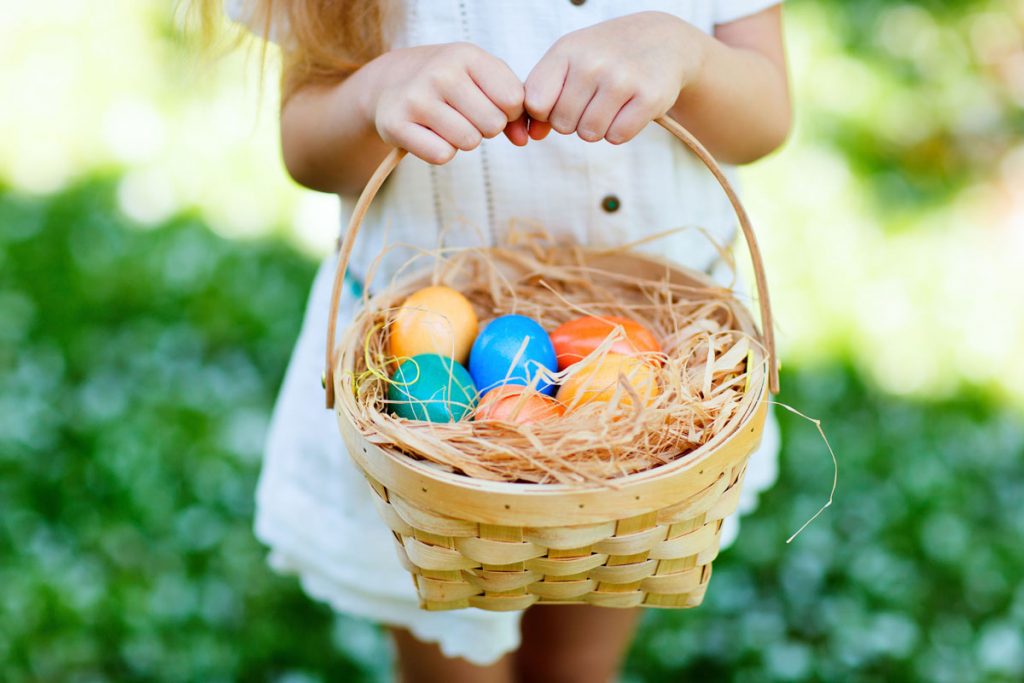 Do you know how the tradition of Easter egg hunting began and what the meanings behind common symbols of Easter are? There are actually quite a few conflicting ideas about the origins of this tradition, so we’ll provide just a few.

One school of thought behind the legendary Easter bunny, says that it all started with the goddess of Spring and fertility known as Ēostre/Ostara/Astarte/Ishtar. When she arrived late, she found a small bird dying in the snow and felt immense guilt; it was, after all, her fault that this creature was freezing. She saved the bird by turning him into a snow hare and granted him the ability to lay colorful eggs as a nod to the hare’s former life as a bird. Thus began the legend of the Easter Bunny.

Along with the Easter bunny, Easter eggs are a big part of the celebrations around this time of year. One explanation is linked to the story of the goddess, where eggs and rabbits are Ēostre’s symbols. A Christian perspective says that the eggs represent Jesus leaving the tomb after His resurrection. Another idea notes that eggs were forbidden by church authorities during the week before Easter, so people would save any eggs laid during that time and eat them later as a celebration. Several centuries later, the Victorians were still saving the eggs, but they would decorate them and give them to children as gifts. This tradition is what led to the creation and giving of Faberge eggs around Easter as well.

There are many more explanations of the origins and symbols, with several stemming from Dutch, German, and Middle Eastern cultures. But there’s no need to be a historian to enjoy a good Easter egg hunt. If you’re looking for family-friendly things to do around the Easter holiday, come on over to Seabrook’s Island House on April 20th for a pleasant morning of hunting delicious treats!