Home News and Events News Where was Outer Banks Filmed? Season 2 of OBX at Seabrook Island

Where was Outer Banks Filmed? Season 2 of OBX at Seabrook Island 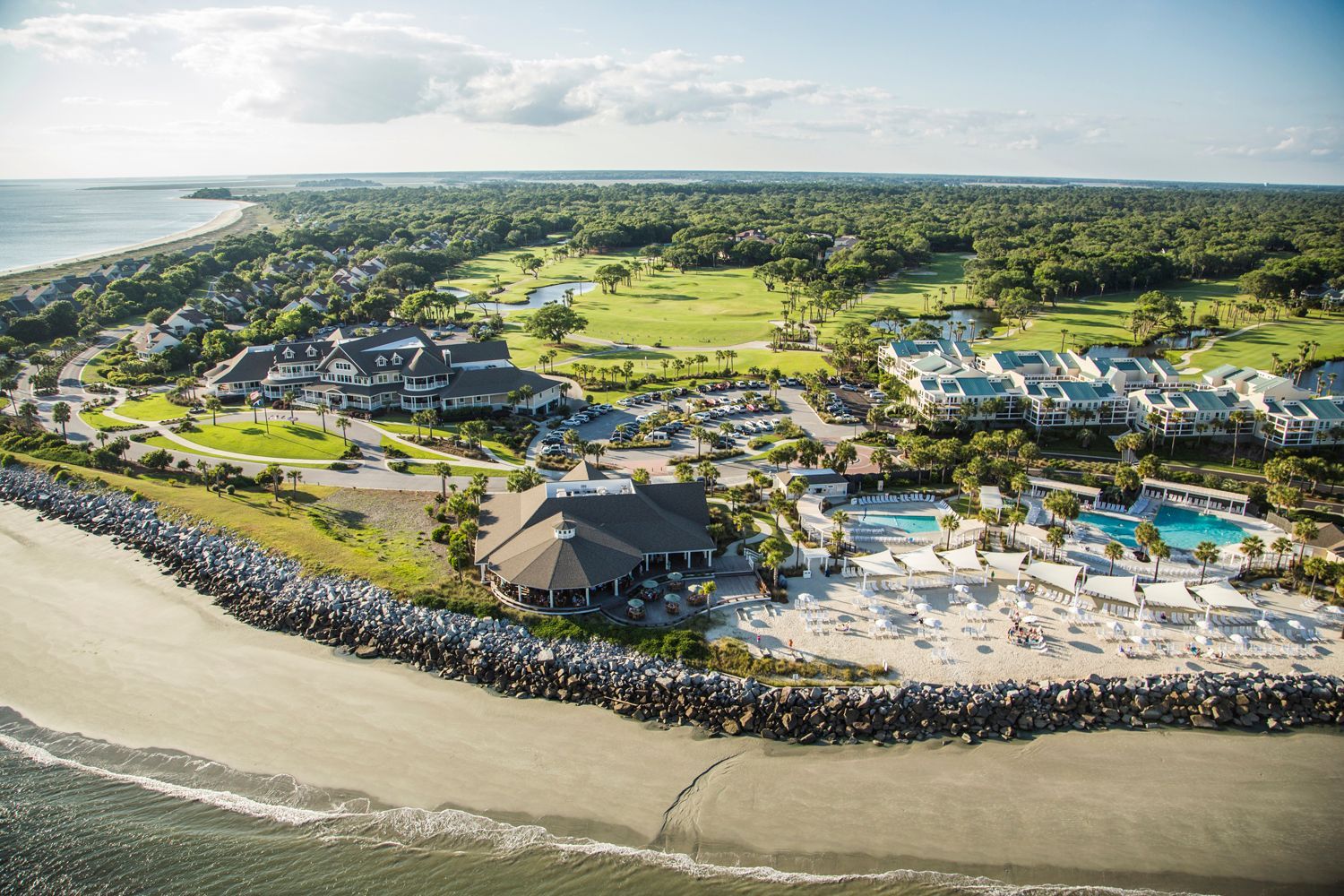 Outer Banks, one of Netflix’s top shows of the summer, is set in North Carolina but the South Carolina Lowcountry must be the real Land of the Pogues. Both seasons 1 and 2 of OBX were filmed right here in the Charleston area. Many prominent Charleston landmarks make their way onto the screen in the first season, but in OBX season two, Seabrook Island, SC gets its own moment in the Carolina sun.

Are Kooks and Pogues real? They’re just characters, but these Outer Banks filming locations are real, popular spots enjoyed by residents of the Seabrook Island oceanfront community near Charleston, SC. 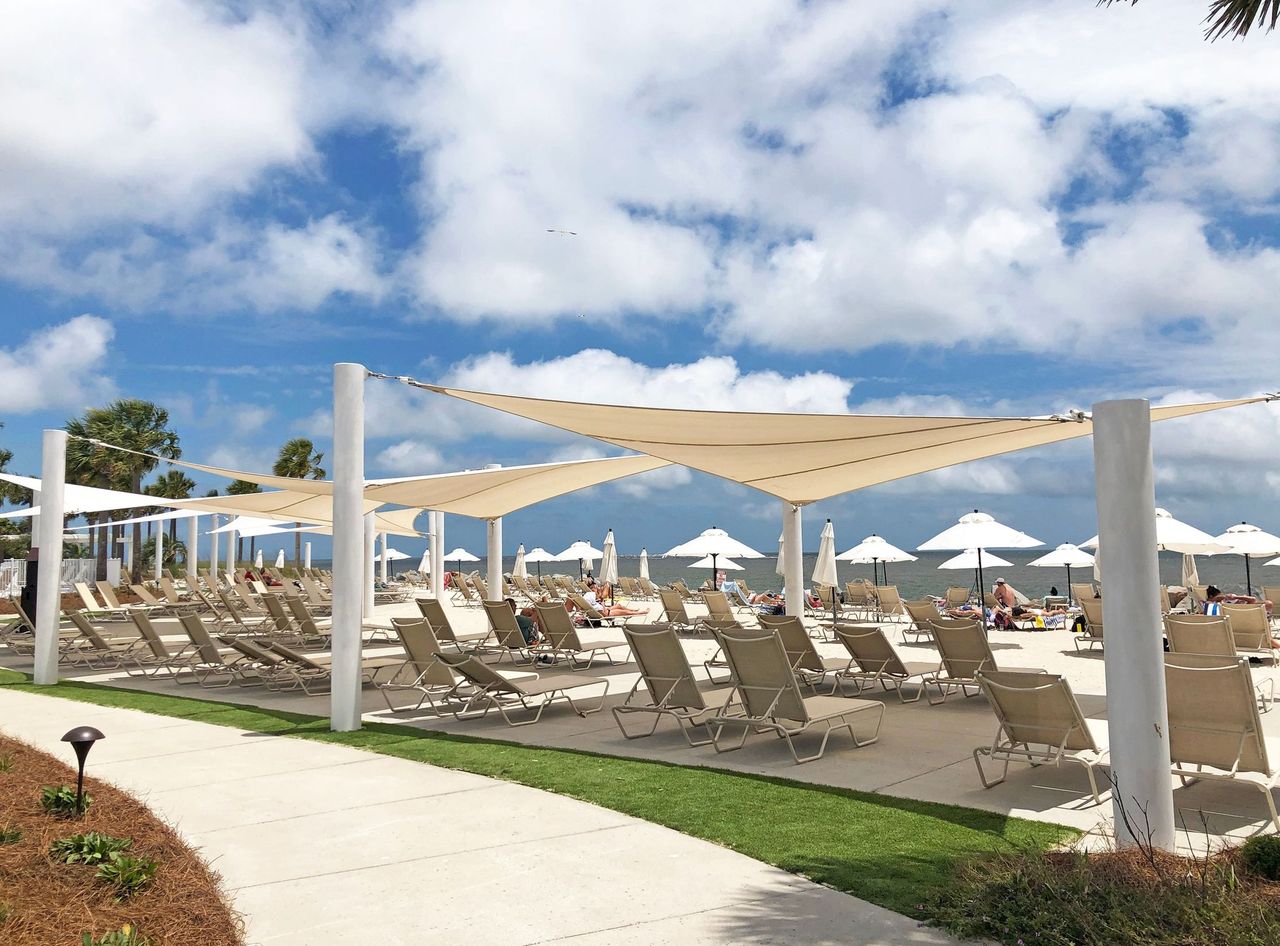 Everyone loves the Seabrook Island Beach Club, especially the those who star in OBX. In the first episode of season two, JJ is seen working his summer job here at the club. This scene includes Topper and his friends, who must have spent the day enjoying the beach club’s signature views, newly renovated pool, and beach loungers facing the Atlantic Ocean. Sometimes, it is good to be a Kook. 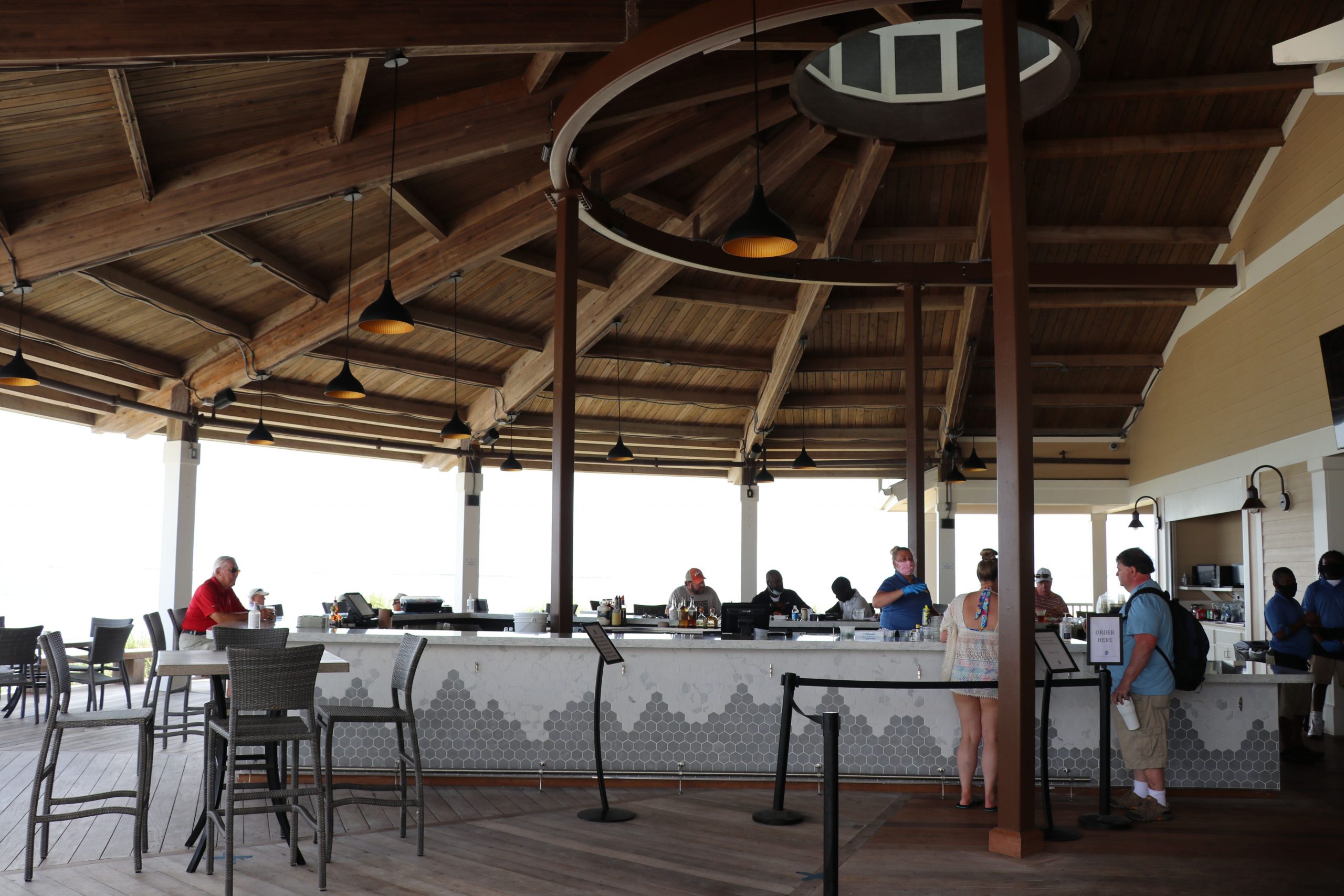 The Pelican’s Nest, Seabrook Island’s oceanfront bar and grill at the Beach Club, is normally home to cheery encounters and good memories. But in the storyline of Outer Banks, it’s where JJ gets fired from his summer job waiting tables. It’s not his fault though. Topper’s friend provokes one of our favorite pogues over John B’s alleged death. JJ can’t help but defend his friend’s innocence. The Pelican’s Nest sees some drama and JJ gets the boot.

Don’t expect to see any scuffles in real life, though. If you’ve ever been to the Pelican’s Nest, you know to expect filling bites and refreshing drinks enjoyed with peaceful views of the Atlantic Ocean. The restaurant is a local favorite and is open seasonally for our Seabrook Island Club members. 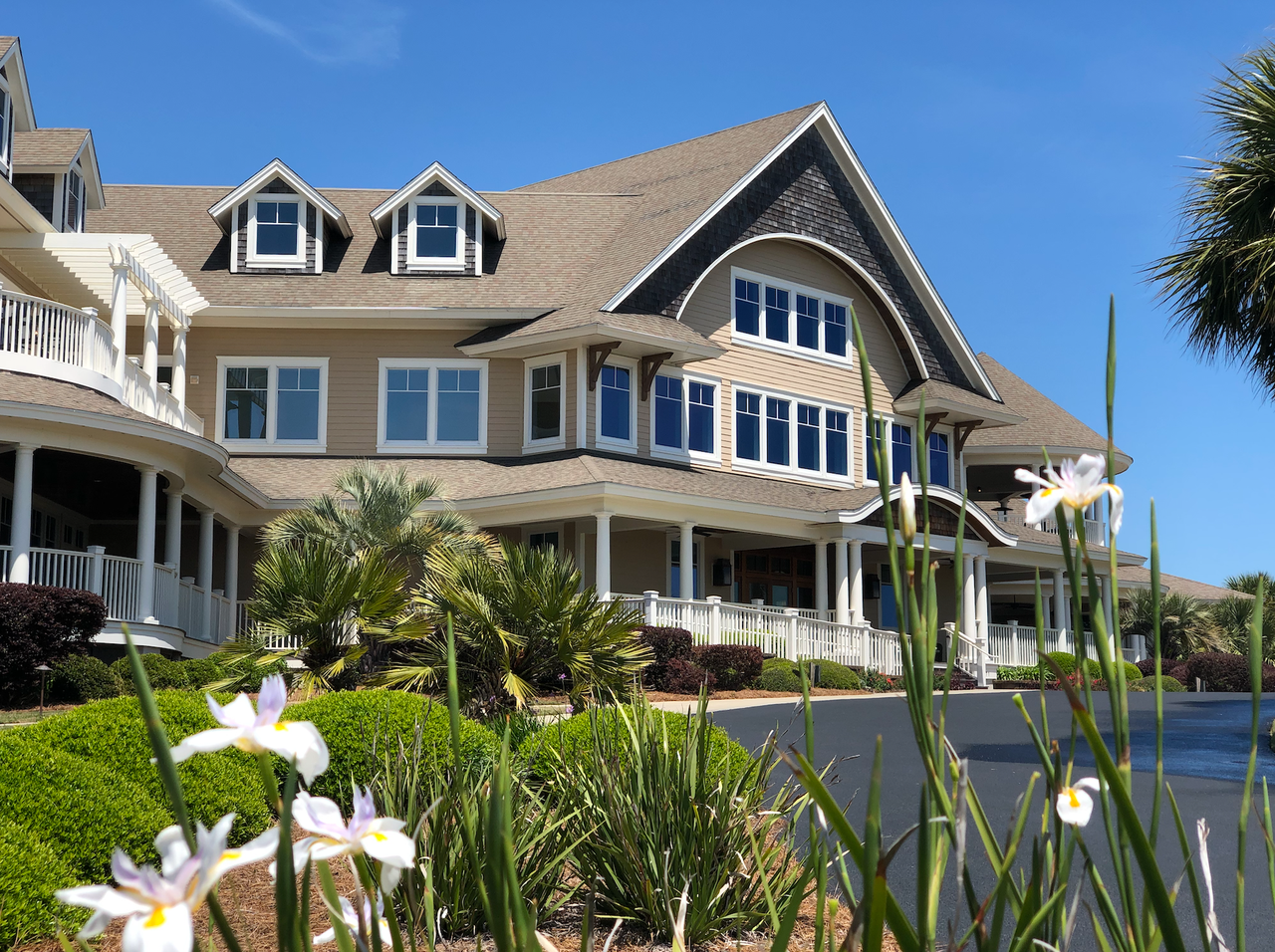 JJ made his *ahem* exit from the Club early on in episode 2. The scene was filmed right outside the entrance of our very own Seabrook Island Clubhouse. Unfortunately, throwing hands is not allowed at the Beach Club and JJ was terminated by management. And while we cannot condone the behavior at the Pelican’s Nest (even if John B WAS innocent) we would welcome JJ back for a second chance any day of the week.

He might just have to fix the flowerbeds first. We work too hard on those. 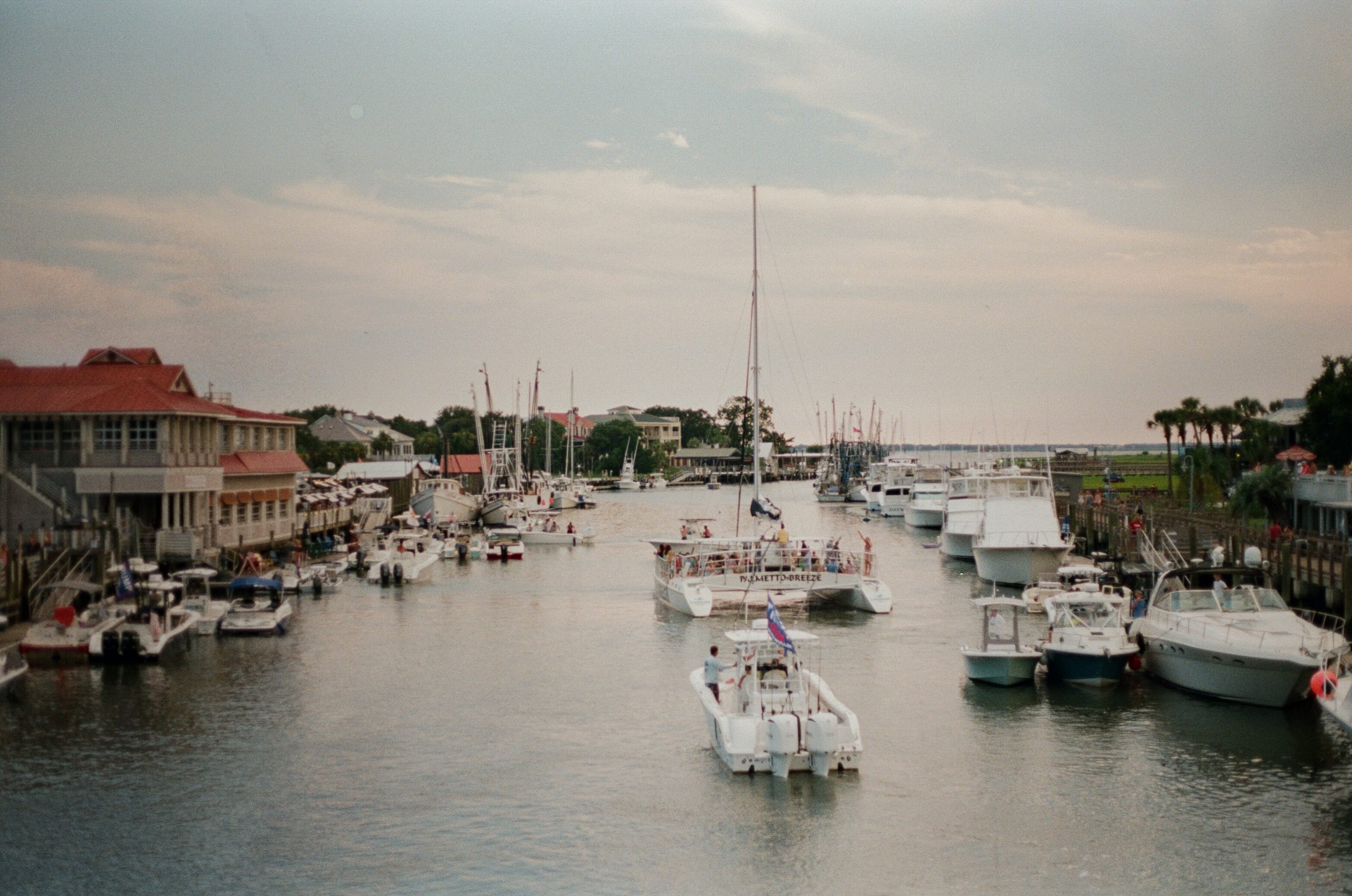 OBX Filming Locations You Can Visit in Charleston, SC

While the Seabrook Island Club is open to members and their guests, out-of-town pogues may want to check out some iconic Charleston spots featured in the show. Shem Creek in Mount Pleasant is well known by locals as a great place to enjoy the boating life in the Lowcountry. Its signature backdrop of shrimp boats and marsh front watering holes makes its way into many OBX episodes.

If you’re visiting Charleston you’re probably also going to find yourself walking The Battery at some point. This stone ocean wall and park at the tip of the peninsula is also included in the Outer Banks, as are other street corners throughout historic downtown Charleston.

Seabrook on the Silver Screen

This isn’t the first stint with fame for Seabrook Island. The Notebook, a popular love story penned by Nicholas Sparks, was not filmed at Seabrook. However, the author did name Seabrook as the town where Noah and Allie famously fall in love. Residents know that our island is full of romantic views and Southern charm. It’s not hard to imagine why Seabrook would be a place where love blooms.

Need a beach read for your next visit, but have already dogeared your copy of The Notebook one too many times? Check out our list of Beach Reads that are perfect for mentally escaping to the shore no matter where you live.

While Outer Banks may not truly embody what life on the coast is really like, there’s one thing they do get right: every day is a new adventure. And isn’t that what Pogue Life is all about?