Home News and Events News Turtle Patrol and Lights Out!

Turtle Patrol and Lights Out!

Last week the Seabrook Island Turtle Patrol had a special update for our community–the first nest of loggerhead sea turtles was found on the beach! Since then they have found three more nests with hundreds of eggs in total.

The first nest was found close to Boardwalk 3 on May 7th, which ties with 2012 for the second earliest day a nest has been found in Seabrook’s history. The earliest ever was on May 4th in 2017. In both 2012 and 2017, record numbers of nests were found, which could indicate that this year will have an impressive number of nests as well! 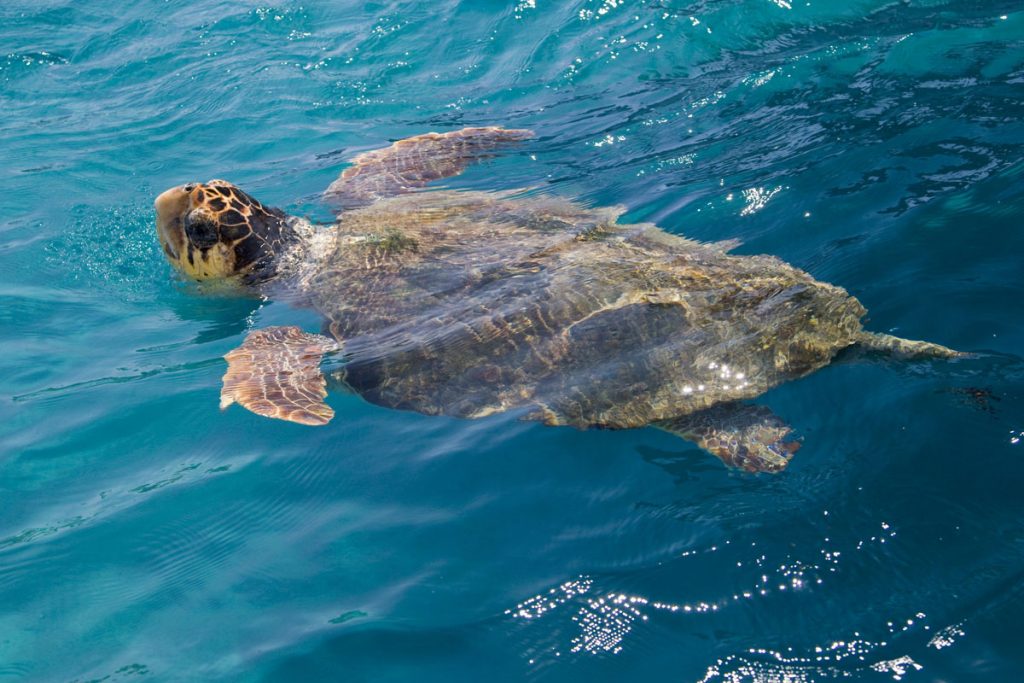 If nests are too close to the water or in areas with high foot traffic, the Seabrook Island Turtle Patrol relocates them to higher and more secluded land. Of the four nests found so far, two of them needed to be relocated. Nest 1 was moved to higher ground just south of Boardwalk 4 and Nest 4 was relocated to a place close to the old pier. Nests 2 and 3 were already in acceptable locations, so they have been left between Boardwalks 4 and 5.

We would like to remind residents of Seabrook Island that seaward-facing lighting must be turned off from May 15th through October 31st between the hours of 9 pm and 8 am.

Artificial lighting can discourage female sea turtles from laying their eggs and disorient their hatchlings. If females attempt to lay their eggs multiple times, but do not find a location suitable, they will nest in places that are not ideal or lay their eggs in the ocean. Both of these options significantly decrease the survival outlook for the hatchlings. Additionally, lights from human developments can confuse the hatchlings. They may wander inland rather than towards the ocean and become dehydrated in the process.

Thank you for helping to reduce light pollution for the turtles who make our island their home. We’re looking forward to seeing plenty of loggerhead hatchlings this year!